Website design and website development are key to success in today’s marketing. Your website should be as much your home base as is your brick and mortar location if you have one.

If you’re in the market for a website, a redesign, or you need to re-energize your passion for your company’s website, you owe it to yourself to hang out for a bit and get to know Ansley Fones. If you have seen the Netflix series Get Organized with  The Home Edit, you might be familiar with her work as the designer and developer of their website.

We’ll talk about working with high profile clients, typical challenges in projects, and how to avoid them. We discuss her process, how it can help you get the results you need, and her fascination with fonts.

“With your website, you can do anything. It’s your storefront on the Web, on the Internet. And so it’s so much more open for you to be able to display your brand’s personality and priorities in a way that you really can’t customize on Social.”

“I am my brand, and I really like that it it makes me feel really passionate about the work because it’s my name and you know, it’s so personal. I think, in that way what I really like about the work itself… I mean, I love when a client challenges me and, gives me something that’s hard to do, you know, a concept that’s I really have to wrap my head around and I like to try to find different ways to solve the same problems.”

“…and that can really give me a sense of like, whether you’re more farmhouse-rustic-chic or, you know, more hard minimalists, lots of white… that could really give me a feel of where you would want to go, particularly with personal brands in terms of your design aesthetic.” 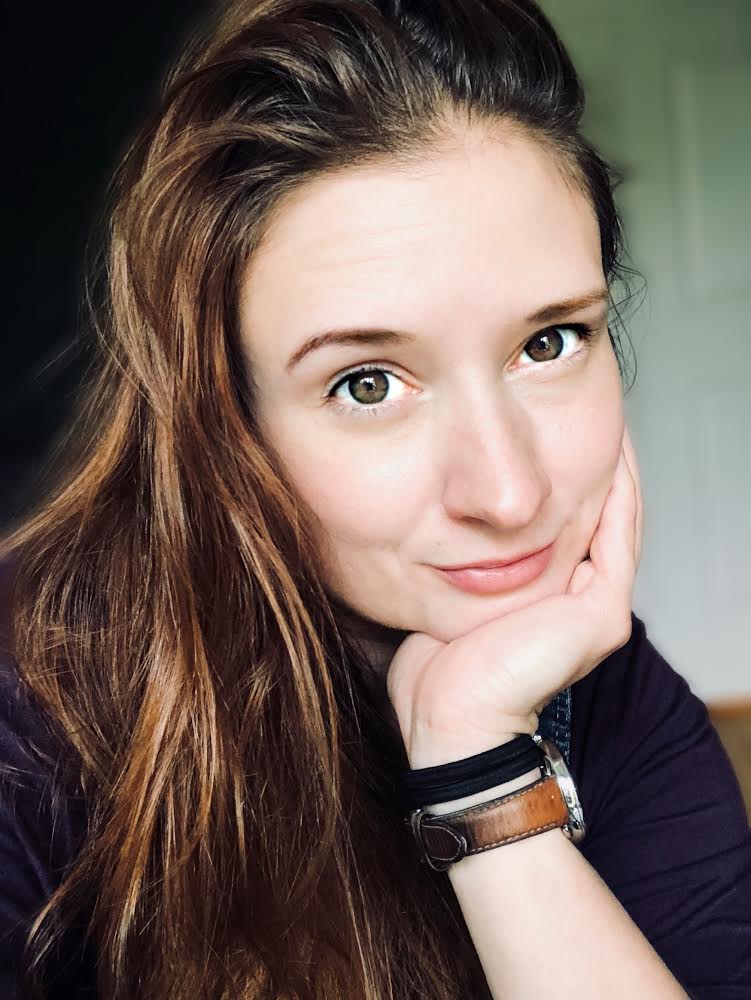 Ansley is a font geek and rolling stone who will shamelessly eat all the guacamole at your party. Despite building the Internet, she’s hopelessly behind on the latest memes. She spends a very large chunk of her free time playing Dungeons & Dragons.

In 2009, Ansley graduated from Tufts University into the recession and found that her most useful skill was not anything she’d studied in school, but her knowledge of Photoshop, gained from a bootleg copy of the software a friend gave her in 8th grade. This led her to a job at a web design and development company in her hometown of Memphis, Tennessee, where she also learned to code.

Since then, she and her long term partner, Danny, have hopped and skipped from New York to Seattle and back, and are now settled (for the time being) in Jersey City where, funnily enough, you can find the best views of New York City’s skyline.

She likes red wine and only wears socks that don’t pass her ankles. And lima beans are gross.

When she’s not designing and building a beautiful website for you, she’s slaying bad guys as a College of Lore Bard, throwing a ball for her dog, inhaling television, blowing off work to go to happy hour with Danny, or most likely sleeping because that’s approximately one third of her life.

We're cooking up something special.

Available wherever you get your podcasts.

For all marketing services including one on one consultation visit